I  had  the  chance  to be at my hometown for the weekend, though I really haven’t been  gone  for  too long and I am just a bus ride away from Makati City. I really  believed  that  Silang  is  still one of the best places to live in Cavite and I hope that in the coming months I can show you why.

As  an  overview, Silang is one of the towns of Cavite. It is said that the name  Silang is from the word Silangan which means “east” since the town is also  located  in  the  eastern  part  of  Cavite. It is also said from the folklore that the name Silang came from “Sumilang” which means “to emerge”. It  is  believed that the century old church of Silang just suddenly emerge out of nowhere during the Spaniard colonization.


Silang is pretty much an hour and a half away from Metro Manila without the traffic  from  Aguinaldo Highway. There are buses from Makati and in Taft that passes through the town, especially those that go to Tagaytay and Nasugbu, Batangas.


One  of  the things that I always tell with my friends is that Silang boast (I haven't verified yet) one of the oldest churches in the Philippines. The church was founded in 1595 while the actual church building was built between 1637 top 1639. The church was dedicated to Nuestra Señora Del Pilar in 1640. The church “Retablo” or its  altar  was built from 1643 to 1663. It has three baroque style retablo which  distinctively  features  plants, fruits, volutes or circular designs and millipedes. 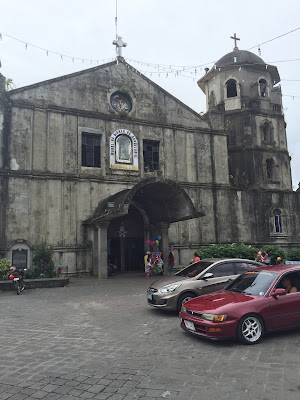 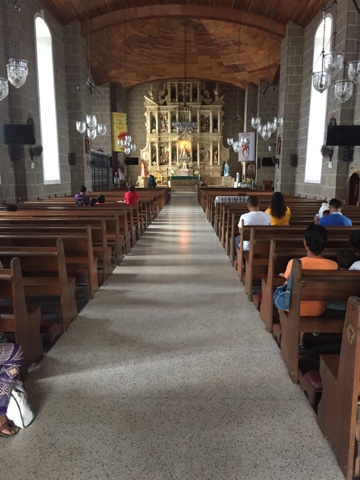 Growing up in Silang, I remember that almost two decades ago there's not a lot of commercial improvements in the town itself. Now, you could see fast-food chains sprouting and some other specialty restaurant which include Mucho Restaurant. I had the chance to try this one out since this is particularly new to me though this is my second time to visit the place. 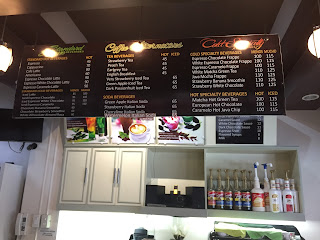 For today, I tried their Café Latte with a slice of Moist Chocolate Cake. I noted however, that their cake was made from Contis. The hot latte is just perfectly right for the moist chocolate cake. I just wondered if the restaurant serves freshly grown coffee beans from Silang. I also remember that months ago, I was able to try out their Kare Kare and it is surprisingly good. 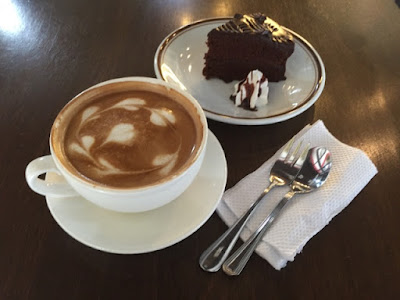 There is still much to explore in my dear Silang and I hope to update this blog soonest.

Follow me on facebook : www.facebook.com/foodiedayout
Instagram: meljervy
Labels: Travel
Foodie Day Out
Foodies that goes beyond eating. We love to travel and explore what the world has to offer one place at a time. 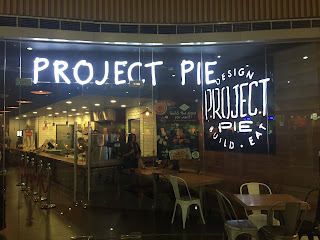 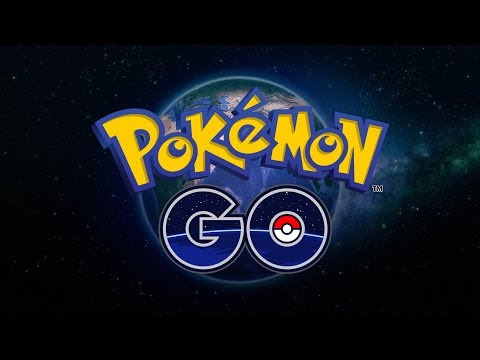